AIDS Resource launched the Treatment as Prevention Awareness Campaign to help destigmatize HIV. The goal of this regional public awareness campaign is to educate communities about the effectiveness of HIV medications in preventing the acquisition and transmission of HIV.

Go to Our Campaign Videos webpage to hear what celebrities are saying about treatment as prevention. 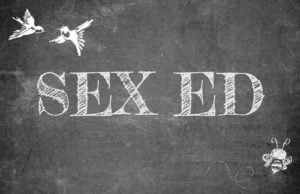 There have been tremendous advances in the field of HIV. Scientific evidence shows that using HIV medication—antiretroviral therapy (ART)—can reduce the risk of acquiring and transmitting HIV. Prevention strategies using ART include undetectable equals untransmittable, PrEP, and PEP.

Therefore, people living with HIV who take ART as prescribed and maintain an undetectable viral load have no risk of sexually transmitting HIV. Not only do undetectable levels prevent HIV transmission, but it also allows individuals living with HIV to live longer, healthier lives. Click here to learn more about U=U.

Pre-exposure prophylaxis (PrEP) is an antiretroviral drug that individuals without HIV take daily to prevent getting HIV. PrEP is highly effective when taken as prescribed, however, it is much less effective if not taken consistently. Although PrEP protects against HIV, it does not provide protection against sexually transmitted infections (STI). Click here to learn more about PrEP.

Post-exposure prophylaxis (PEP) is an antiretroviral drug that individuals without HIV take for 28 days to lower the risk of getting HIV after a potential exposure (e.g., sexual assault, condomless sex, or needle sharing with someone who may have HIV). It must be started within 72 hours of the potential exposure, but it is best to start it as soon as possible after the potential exposure. PEP is used in emergency situations and is not meant for regular use. Click here to learn more about PEP.

It’s time to change the narrative around HIV. Increasing knowledge helps stop HIV-related stigma and discrimination. Become part of the solution by learning about HIV.

Stop the stigma. Get the facts.